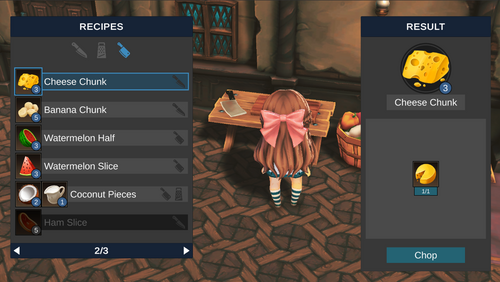 This update has some fairly big changes, especially around the crafting systems!

I changed crafting from a "minecrafty" implementation into a recipe focused system. I think it makes a lot more sense to do it this way. Recipes can have multiple input items and multiple output items, all supporting item stacking (stacks currently capped at 99).

The brewing system is the most complex however, with name and description generation as well as flavour profiles. Because of the focus on brewing, the brewing crafting menu is much more unique.

In general, things are coming along well with the crafting, but there is still much to do!

I want to get some feedback on what I have so far, and try to round it all off nicely before moving onto some other big systems like the dialogue or event system. 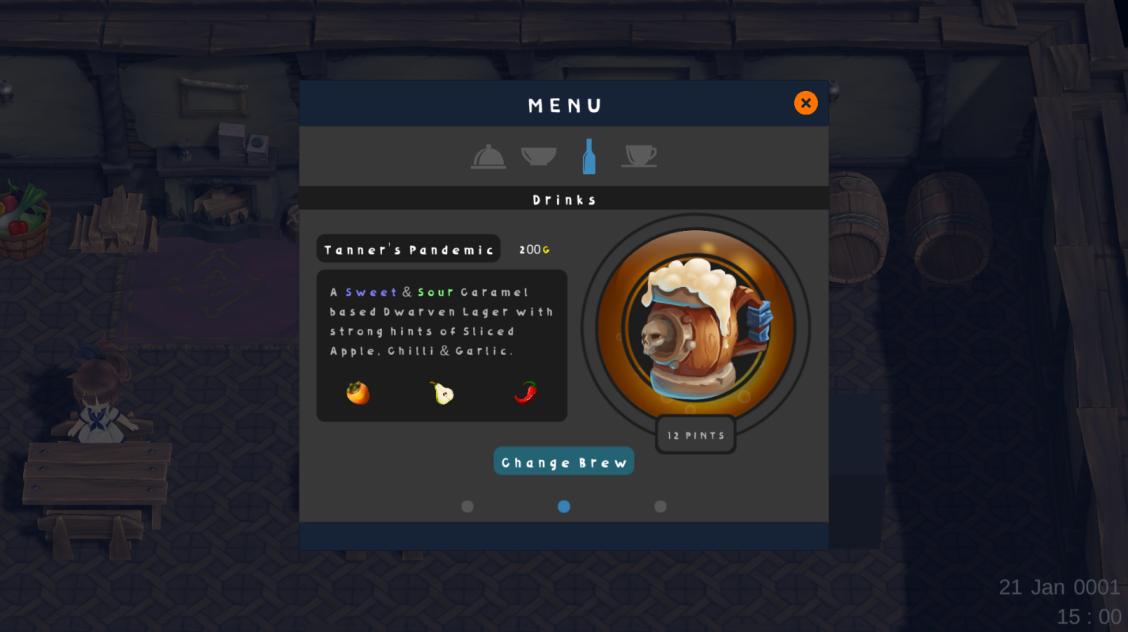